Thousands turned up for the Science March all over the world on 22nd April 2017. Here are some of the best pictures!

Our expert, Amy J. Bacharach, sends in this photo of herself at the Science March in San Francisco. 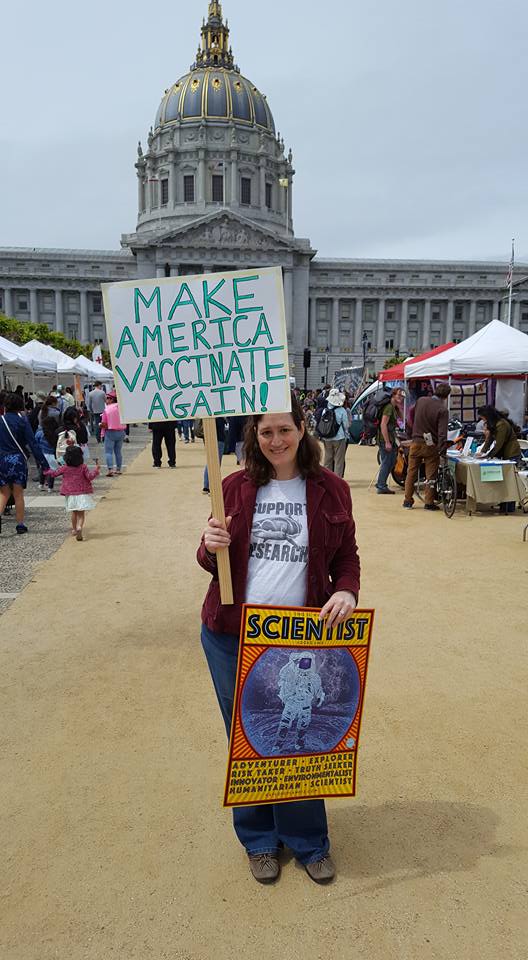 She says,
“In addition to be a social scientist researcher, I’m also part of Vaccinate California, which sponsored and lobbied for SB 277 to eliminate the personal belief exemption and require vaccines for all kids to attend school unless there is a legitimate medical reason.”

Get in touch with Dr. Bacharach aqui.

Andrea Gruszecki, a doctor of Naturopathic Medicine, attended a sister march in Geneva IL with her little dog Mia.
Spotted by Vinay Eapen, postdoc at Harvard Medical School,  at the March for Science, Massachusetts, was this sign. 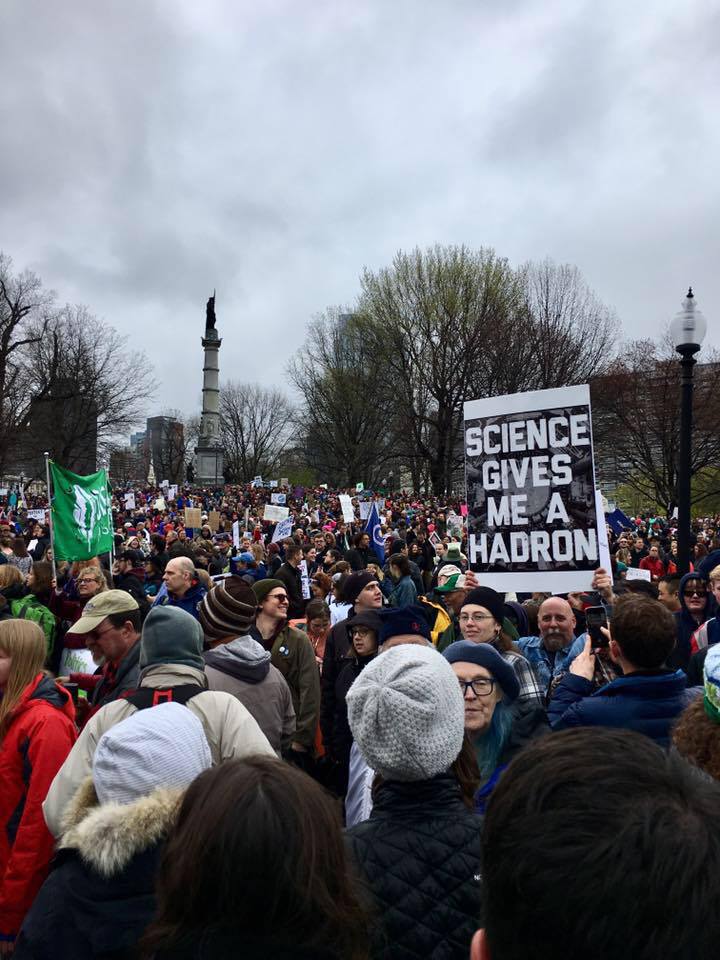 But that’s not all – introverts and centenarians turned up too!

The best protest signs from around the world at the March for Science https://t.co/miXWyiOhEA @qz pic.twitter.com/I1X2T7tbnu

She’s 102 years old and she is here fighting for science. I will fight as long as I live. #marchforscience #MarchforScienceMN pic.twitter.com/FB6ea68IWZ

Also from Minnesota, here’s a pic from Dr. Maya Raghunandan – a reminder about our likely fate. 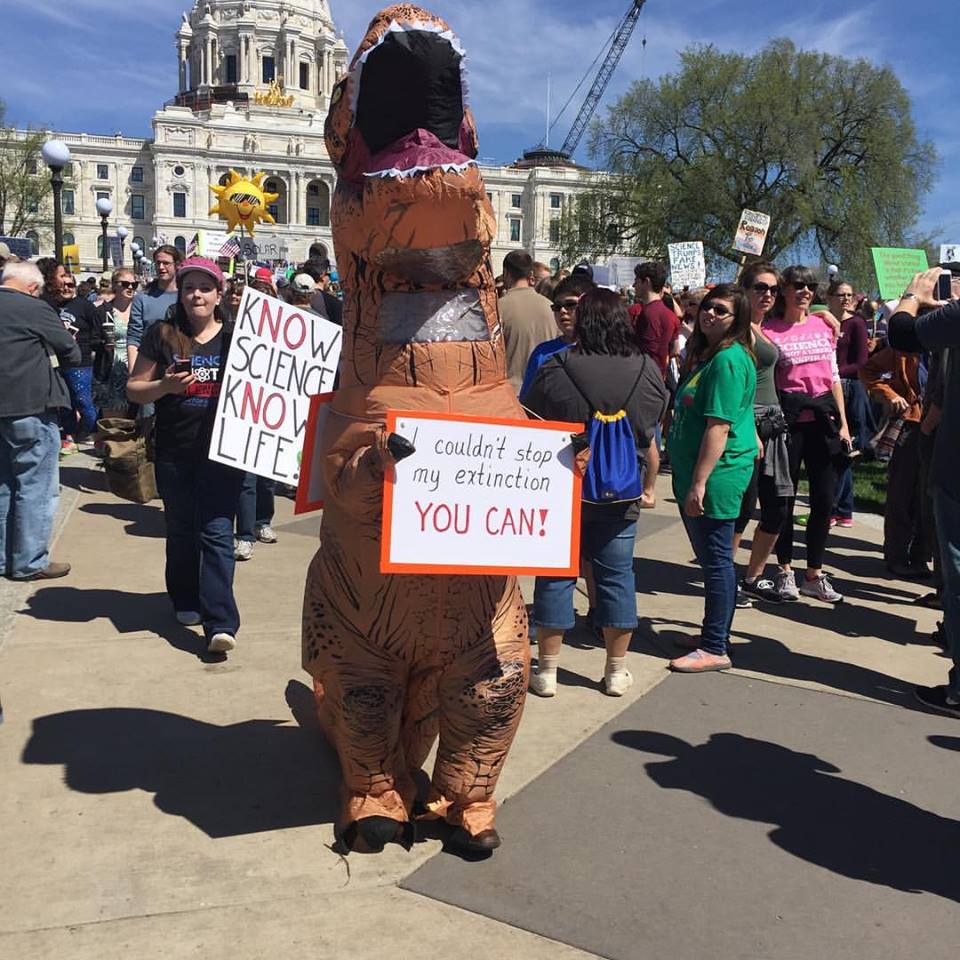 Want to send in your pictures and comments? Tweet them to us!