Year after year, research funding continues to face an even greater crunch, much to the dismay of scientists worldwide. A recent article in The Guardian stated that research funding might be cut by up to 25%–40% in the UK this year. The situation in the US too isn’t much encouraging with decreasing NIH funding. In sum, research funding has been going downhill worldwide for some time now.

The recent economic downturn and the present volatile situation have made things worse for the research fraternity. On the one hand, an increasing number of PhDs and postdocs are facing unemployment, and on the other hand, lab heads are increasingly forced to make do with limited resources on all fronts. 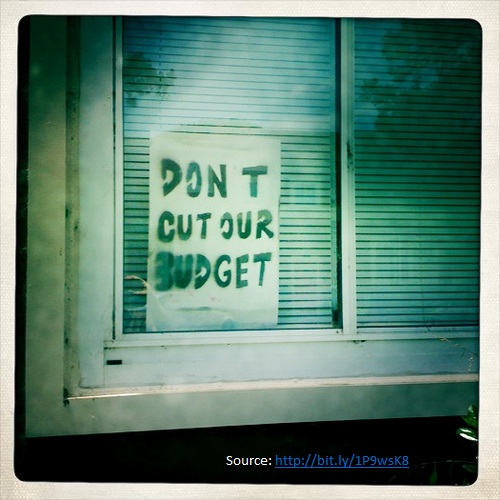 Fewer opportunities have led many promising researchers to give up research for better prospects within the industry. What has suffered the most in this entire ordeal and is truly the proverbial sacrificial lamb – is research itself. Researchers are struggling not only with funding cuts but also increasing inflation across the board – be it equipment costs or journal subscriptions. Everything seems to be on the rise except for funding dollars, which seem to be headed north.

Research within various domains is suffering greatly because of highly promising scientists leaving academia for better prospects. Frustration levels within the scientific fraternity are running high, with an increasing number of scientists voicing their concern. Satirical pieces such as this one might sound too scary, but they also leave us wondering about where science might be headed to.

Scientists and research universities worldwide are grappling with the situation and coming up with various arrangements to work around tight budgets. An article by Steve Caplan in the Guardian points out that, “American universities are trending toward accepting ‘funded investigators’ – so-called ‘lateral moves’ of researchers from one university to another. The idea is that these researchers are already bringing with them funding from the National Institutes of Health (NIH), and therefore the universities can invest fewer resources in them.” This might not be a highly desirable solution, but the prevailing situation might actually help this trend gain credence.

So, how else can these inevitable cuts in research funding be countered? Kolabtree has come up with a novel idea to help further the cause of science and ensure that the pace of innovation and research does not suffer. We intend to make PhD-qualified experts widely available and accessible to both academia and business. Principal Investigators and Lead Scientists can now hire PhD experts in the specialization of their choice for short-term projects based on their need.

Although hiring PhD experts for piecemeal projects can never be as efficacious as having postdocs working full-time at your lab, it will definitely provide some much-needed relief and timely assistance. This also opens the doors for talented postdocs to remain in touch with research and put their skills to good use.

The best part is that Kolabtree functions on a marketplace model – clients have to register and post their requirement in the form of a project with a defined budget. Thereafter, we invite PhD experts with the relevant expertise to bid on these projects. The client then selects the most appropriate bid and begins working with the expert after depositing the agreed amount with Kolabtree. Funds are released to the freelance PhD expert only after the client confirms that s/he is reasonably satisfied with the output.